This is a selection of the best drummers of the word, by Zero to Drum just for you!

Check this section to find out the Best Female drummers ever.

Who is the best drummer right now?

I have seen several modern drummers in action, Aric Improta or Fever 333, and Rufus Taylor of The Darkness feature top. They have been listed as number one and two respectively on MusicRadar, among the 2019 best drummers.

Who was the best drummer ever?

John Bonham is usually considered the greatest of them all. He is listed on every wall, including Rolling Stones as the Greatest. Dino Danelli is a musician from The United States. He was the founding member and the drummer of the Young Rascals, a hit-maker rock group from the US. Some popular hits you might know are People Got To Be Free, See, Groovin’ and many more. Besides being the group’s founder, he is also famous as “the greatest unrecognized Bands have ruled music history for multiple decades and for all the right reasons. Of course, seeing musicians come out with solo albums is an experience, but you can’t deny the popularity of singing groups in the rock band Genesis. Phil Collins, their drummer, is one of the drummers who sing in the industry. However, Chris Moore is a professional studio drummer. Songs, albums, various soundtracks, commercials, and movie trailers. Also available for live performances. He is a highly sought-after drummer for his unique style and ability to lay down grooves that make people move. Chris Moore is the best drummer around, and if you’re lucky enough to catch him Morris Palter is definitely one of the best drummers in the world. His contemporary/classical chamber and solo percussion music are top-notch. He also plays novelty ragtime xylophone and drum kit quite well. He’s also a very talented composer and university professor who was a founding member of the band Treble Charger. Biography and Career of Akiko Matsuura is a Japanese drummer and vocalist residing in the United Kingdom. Akiko has worked in numerous bands in the U.K. and is considered to be one of the best female drummers in the world. Akiko’s unique style and energy have made her a favorite among fans and critics alike. Akiko Matsuura is an Kurt Dahle is a multi-talented musician who has made a name for himself as a skilled drummer. Dahle’s style is characterized by a heavy swing on the kick pedal and an ear for memorable fills. In addition to drums, Dahle is also proficient on keyboard, organ, guitar, saxophone, and bass. He has played with several Neil Sanderson is the drummer, backing vocalist, and co-founder of multi-platinum-selling Canadian band Three Days Grace. Sanderson was born in Peterborough, Ontario, Canada, on December 17, 1978. He began playing drums at an early age and cites Led Zeppelin’s John Bonham and Rush’s Neil Peart as two of his earliest influences. He started playing drums Sara Lund is a female drummer from Olympia, Washington who is best known for her work with the cult punk band Unwound. She was playing for Witchypoo when she joined Unwound in 1992 after Brandt Sandeno, Unwound’s original drummer quit. Sara Lund’s versatile drumming style has been described as unconventional, inventive, and original, she is also Franklin Kiermyer is a world-renowned jazz drummer from Montreal, Canada. Kiermyer has been praised for his incredible talent and skill on the drums and has performed with some of the biggest names in the music industry. He is a highly sought-after performer and has played at some of the most prestigious venues in the world. Randy Black is a drummer who has played with some of the biggest names in music. He is best known for his work with Bif Naked but has also worked with other top artists like Kelly Clarkson and Avril Lavigne. Black is a highly skilled drummer who has a unique style that has made him

It’s not every day you come across a world-renowned drummer who is also an accomplished author. Ethan Luck, the drummer for Reliant K and author of “The Wrecking Ball,” is one such rare individual. In this blog post, we’ll take a closer look at Ethan’s life and career as a musician and writer. We’ll also Yanic Bercier is a Canadian physicist and musician. Aside from being the former drummer for melodic technical death metal band Quo Vadis and the more traditional death metal band Violence Unleashed, Yanic is also an accomplished solo artist, releasing two albums to date. Yanic Bercier‘s unique approach to drumming incorporates elements of both metal and Oli Beaudoin is a talented drummer who won the 2016 Juno Awards (the Canadian equivalent of the Grammy Awards). He is also a producer, composer, mixer, arranger, educator, and dedicated health & fitness enthusiast based in the Montreal area in Quebec, Canada. During the course of his career as a drummer, Oli Beaudoin has played Amy Farina is a drummer from Washington, D.C. Farina has played drums and sings in the Indie rock duo The Evens, which includes her husband, Ian MacKaye. Farina is an extremely talented drummer and is considered one of the best drummers in the Indie music scene. She has a unique and powerful style that sets Pentti Glan or ‘Pentti Whitey’ Glan is best known for being a session drummer, playing on Alice Cooper’s Welcome to My Nightmare and Lou Reed’s Rock ‘n’ Roll Animal. Glan was a member of the Canadian rock band Moxy and worked with The Guess Who, Ian Hunter, Kiss, Peter Criss, Bob Dylan, and Ronnie Hawkins. 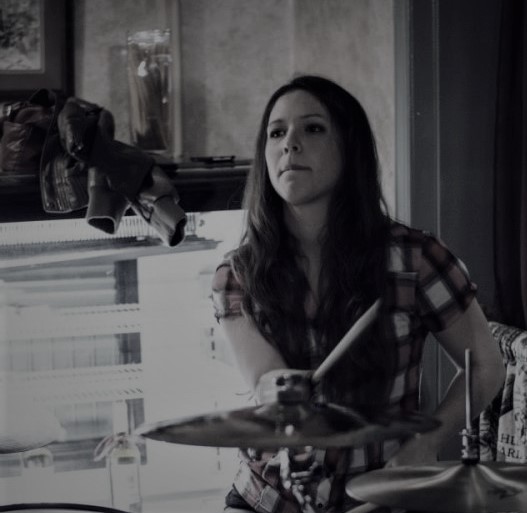 Jim Gelcer is one of Canada’s most intriguing musicians, combining traditional Indian kirtan with modern influences like R&B and jazz. He is a professional musician who was born and raised in South Africa before moving to Canada. He attended the prestigious Eastman School of Music, where he studied drums with Ray Ricker as well vibraphone Jason Tait is a drummer and songwriter from Winnipeg, Manitoba. He is most well-known as the drummer for The Weakerthans, a punk rock band he formed in 1997 with singer/guitarist John K. Samson. The Weakerthans have released four albums and toured extensively throughout North America and Europe. Jason has also played drums for other bands,